The History of the UEIⓇ Group Engraved Die Companies 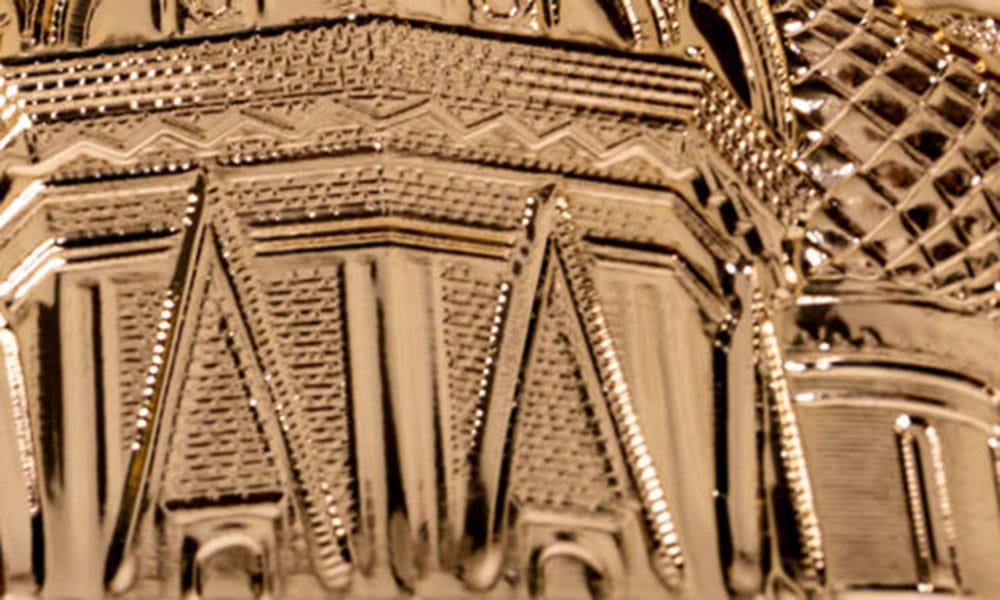 The UEIⓇ Group is world-renowned for its innovative technology and unparalleled artistry. Universal Engraving, UEIⓇ Falcontec, and Infinity FoilsⓇ, the three companies that comprise the UEIⓇ Group, embody the organization’s core values of culture, focus, value, universal alignment, and excellence.

Hutchison believed that Universal Engraving (UE) had the potential for massive growth, and he could not have been more correct. Today, the UEIⓇ Group is one of the world’s leading manufacturers of engraved and photoetched foil stamping and embossing dies.

Hutchison was instrumental in developing not only UE but the modern engraving industry as a whole. In 1982, most die engraving companies were small operations run by no more than a few people. Hutchison recognized the need for a change and developed UE into the world’s first large-scale die engraving company with an apprentice program for engravers.

Hutchison’s exploits as a part of UE paved the way for significant advancements in die manufacturing, foil stamping, embossing, and product embellishment. His development of new technologies and techniques helped him achieve the very first FSEA Industry Lifetime Achievement Award. On February 21st, 2021, Hutchison’s grandson, Ross, stepped into the role of President of UE, succeeding his father, Larry, who transitioned into another role.

In 2001, UE founded sister company UEIⓇ Fine Cut (renamed UEIⓇ Falcontec in 2013), which offers a nearly identical product line to UE but operates in the United Kingdom and primarily serves Europe. UE primarily serves clients in the Americas, but both companies collaborate to serve clients throughout the rest of the world, too.

Our mission is to inspire creative visions through global excellence in enhancement by using proprietary technologies and innovative solutions. Our passionately dedicated experts provide our customers with all-inclusive value and a competitive edge. We continue to push boundaries and set unattainable standards despite a laundry list of existing patents and innovations.

As a member of the board of directors, Glenn Hutchison continues to play a role in the UEIⓇ Group’s success. Although he is no longer involved in our daily operations, his influence continues to reverberate throughout the company. His philosophies and vision guide us in our endeavors to discover new techniques, creative solutions to complex problems, and new ways to utilize foil and embossing to embellish print. We have several exciting announcements on the horizon, and we hope you look forward to the unveiling.

ATTENTION EXISTING CUSTOMERS
Sign Up for MyAccount and Access All Your Customer Information in One Place! Free & Easy!